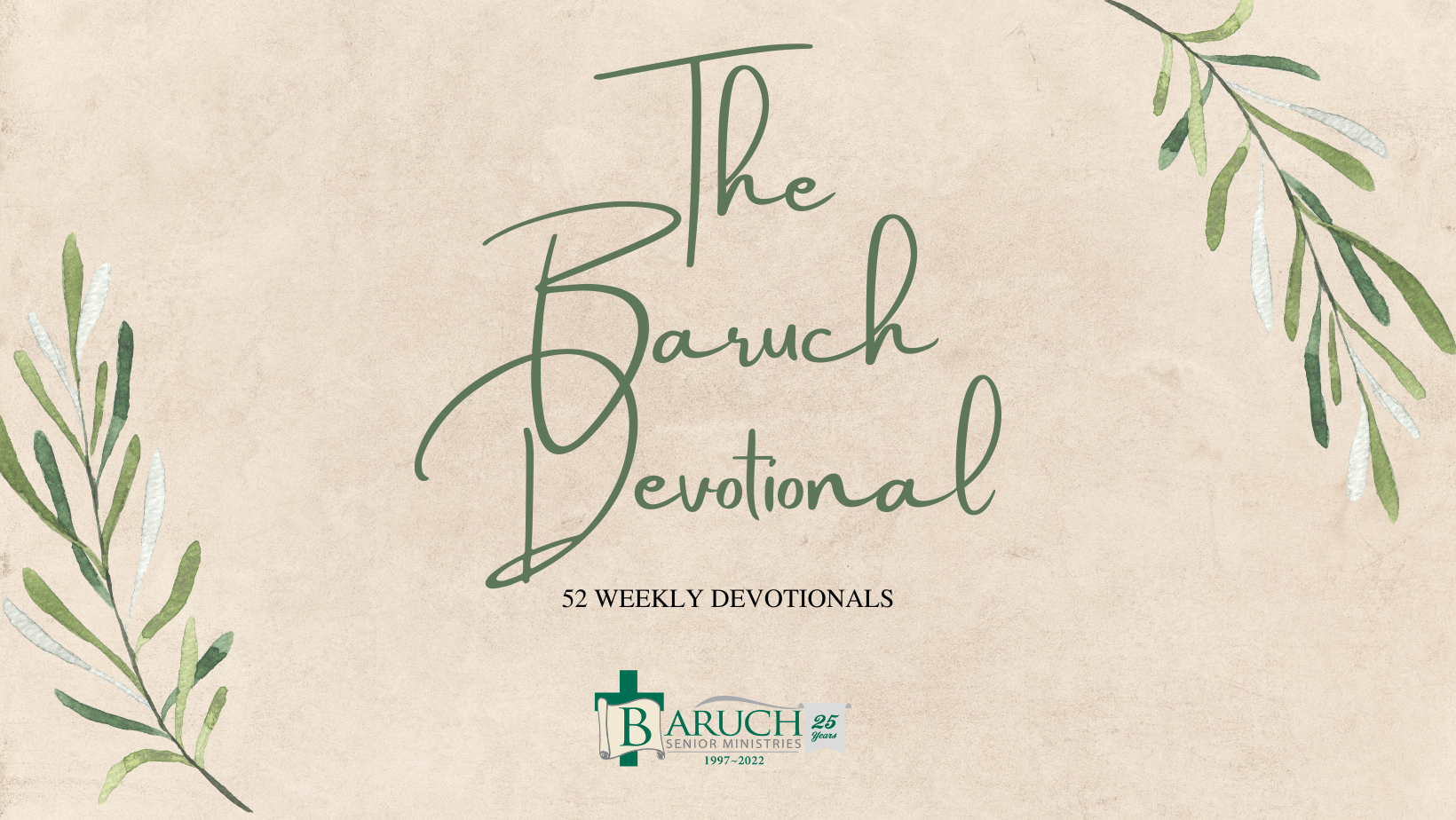 Thank you for celebrating Baruch Senior Ministries’ 25th Anniversary with us. As a faith-based organization founded on Biblical principles, Baruch is grateful for the opportunity to care for seniors throughout the state of Michigan. As we look ahead, we are challenged to remain true to Baruch’s founding principles and mission to honor God by serving people as they age. With this in mind, we reflect on the biblical origins of the name ‘Baruch’.

In the Bible, Baruch came from a princely family, the son of Neriah. His name meant “blessed’ by the Lord. Later, he became the closest companion and loyal secretary to the prophet Jeremiah.

As Jeremiah’s secretary, Baruch held the deed to land Jeremiah purchased and placed it in trust. He transcribed Jeremiah’s words as the prophet dictated them. He accompanied Jeremiah on the long road of exile to Egypt and, as his companion, learned to resist the temptation of ambition and be content with his lot. It is quite likely Baruch was responsible for the compilation of the Book of Jeremiah.

Jeremiah purchased land to ensure his people long term security. He placed the deed in Baruch’s hands to display God’s commitment and faithfulness to His people. Thereby, Baruch served as an instrument for assuring God’s people that they would never be abandoned. Baruch felt deeply for the suffering of the people of his day. He was a man of prayer who was often found fasting and praying. He brought hope to his people, those who were forced to leave their homeland and live in exile, lost in despair. He pointed them to a God who knew their needs, cared for them, promised them a final reward, and resting place.

Just as Baruch selflessly and faithfully carried out his charge, Baruch Senior Ministries promises to uphold its commitment to provide seniors and people living with disabilities with housing and a continuum of care that promotes the value and dignity of every person. Additionally, just as Baruch faithfully proclaimed the message from the Lord to the people, we are committed to bringing the message of God to people and to fully integrating faith and work. At our core is prayer for the needs of those we serve. We give them hope by understanding their needs and providing them with personal and spiritual care that brings them comfort in this life and prepares them for the life to come.

Our prayer is that you will be blessed and inspired by this devotional. A special thank you to the members of the Baruch team that contributed to this publication.

Download the full devotional written by our Baruch staff and chaplains: The Baruch Devotional: 52 Weekly Devotionals